Support Cincy arts and get a year of experiences at 100+ arts organizations, restaurants and shops across the region!
Sep 28 2018 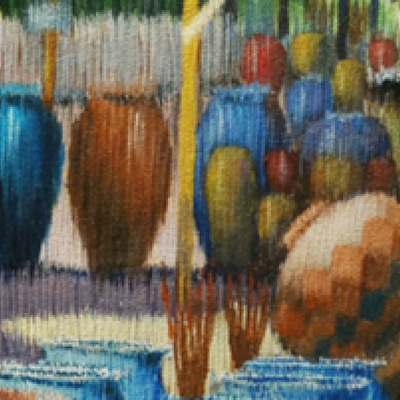 A LEVEL PLAYING FIELD – Three aspiring filmmakers set out to explore the consequences and remaining threats of the Bosnian War. Their research takes them to the closely integrated community of SPID.

LIFE IN STRIDES – Jake, a young man with autism, has become a champion in therapeutic horseback riding. Jake’s mother Joanne has been by his side throughout his riding career, helping her son stay calm on his horse. Now, Jake is put to the test as he enters his first non-therapeutic riding competition, where the circumstances are outside Jake and Joanne’s control.

ANYONE LIKE ME – Anyone Like Me is the story of a hard of hearing football coach, Shelby Bean, who found his identity as a member of the world’s only deaf collegiate football team, the Gallaudet University Bisons.

MY DAD MATTHEW – This short is a glimpse into the life of Matthew, a man with a significant disability, as voiced by his insightful and articulate son, Elijah. Using a wheelchair, a pointer and a letter board, Matthew shows us he’s a college professor, an honorary coach for the football team, an advocate and a dad.

BIRTH OF A NEW ART FORM: LINELLISM REVEALED – ‘Birth of a New Art Form reveals the story behind an exciting new painting style called ‘Lineillism, ‘ developed by Jim Hall, an 84-year-old American artist. ‘Lineillism’ and it’s an innovative and intricate technique that uses vertical lines of color to create an image. (Think Pointillism but with all vertical lines) The acrylic paintings take more than a month to complete and often involve more than 500,000 brush strokes. Jim created the style when he awoke one day to find his vision marred by the Shingles Virus. He saw the world in all vertical lines – but instead of panicking, he started painting: in lines.