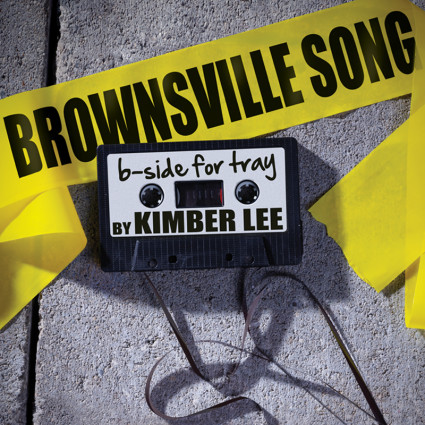 'brownsville song' sure to spark discussion

Running through Oct. 30, “brownsville song” also is timely and worthy of community discussion, something Ensemble hopes to spark following each performance.

Inspired by real life events — the murder of a 20-year-old African-American man in Brownsville, a borough of Brooklyn — the play is familiar in its grief. A matronly woman laments the absence of her beloved relative, describes the way the killings of black men are brushed over quickly in the news, and begs the audience to not shed our tears over his death, but rather, in tribute to his brief, meaningful life.

The woman is Lena, Tray’s grandmother and custodian, who guards him and his little sister, Devine, with fierce determination. Lena defends Tray against his own youthful indiscretions and against the world at large. Actress Deborah Brock-Blanks makes you ache right along with her, and her scenes with Tray strike the most emotional, realistic chords.

The sibling dynamic between actors Kameron Richardson and Ari Johnson also is perfect. Anyone with a brother or sister, older or younger, will recognize the way Tray and Devine care for each other. (Choreographer Darnell Benjamin’s staging is great, too – a scene where Tray playfully spars with Devine is effortless and realistic, and a scene with the two related to Devine’s dance class is very powerful.)

Tray is a typical teenage boy, a bit blustery and cocksure, but his respectful of his grandmother, loving to his sister and passionate about boxing. At times during the play, I forgot that Tray died; he was brought to life so well by Richardson that it seemed impossible to think of Tray’s death.

That is perhaps one of the most poignant points of Brownsville. It seems impossible to think of anyone dying until suddenly they do – and we as a society have become numb to it. As Lena points out in her brilliant opening monologue, folks pay attention to the faces of tragedy in headlines for just a few weeks, and then move on. Swap out one sad story for the next, get your emotional catharsis fix one day with Tray’s story and the next with someone else’s. Lena wants her grandson’s sad story to stick.

Director D. Lynn Meyers wanted the story to stick, too. She enlisted community engagement specialist Tracy L. Wilson, on staff at Cincinnati Opera, to coordinate the talk-back at the end of the evening, and Tommie Lewis, president of Make It Plain Consulting, to facilitate the post-performance open discussion. It was a moving hour or so of “sharing our truths,” with people of all different colors and walks of life. Lewis encouraged the audience to express how they were feeling and handled the discussion in a smooth and fair way.

I was perhaps naively surprised by just how many people who spoke had encountered some kind of gun violence in their lives. One man said five people in his family had been victims of gun violence. We discussed the cycle of violence and what leads to it, and many folks spoke of responsibility and possible solutions.

But the last woman to speak had the most impactful thing to say, in my opinion. She talked about accountability – not just as individual to oneself, but as an individual contributing to a community, a society. She spoke about bringing up her children as a single mother and leaning on friends and family who willingly helped. It struck me that Lena is the community for Tray and Devine. She took them in after their father was murdered and their stepmother fell down a hole of substance abuse. She was their rock and I hope everyone has some kind of Lena in their lives.