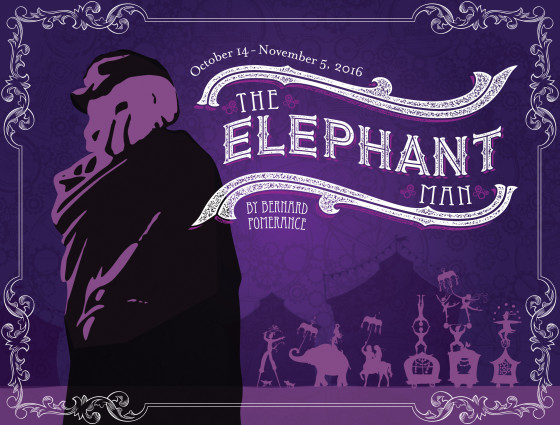 If you were me prior to last week, you thought Cincinnati Shakespeare Company performed only Shakespeare. I now can definitively tell you they perform more than that. Prior to catching the opening night of "The Elephant…

If you were me prior to last week, you thought Cincinnati Shakespeare Company performed only Shakespeare. I now can definitively tell you they perform more than that.

Prior to catching the opening night of “The Elephant Man,” I had never been to the Cincinnati Shakespeare Company’s theater, which (until next year when its brand new theater, now under construction, opens at 12th and Elm) sits unassumingly on the corner of Race and Garfield. There’s a full bar, along with coffee and tea, and, as at the Know Theatre, the menu includes a cocktail created for the production playing.

What the cocktail was for a play about a man with a horrible, complete-body-disfigurement disorder, I am not entirely sure. I got a cup of coffee. Black.

In the age of CGI, special effects, plastic surgery, Brangelina, and “Transformers,” there’s something incredible to be said for how this play is acted. The title part, The Elephant Man, John Merrick, is played by actor Giles Davies — without the aid of makeup or prosthetics or a mask.

To get the audience into the mental state we needed to be in, the performance started with an enormous, projected image of the real Merrick. Next to it stood Giles in a pair of boxers, while Dr. Frederick Treves (Brent Vimtrup), explained each deformity in detail: oversized head, giant forehead, club-like right arm, useless legs, bags of brown flesh on his front and back. As Treves explains the disorder, Merrick contorts individual parts of his body until he’s hunched, crouched, and squinting into the audience. He maintains this strict self-control throughout the performance. I truly believed he was Merrick.

I began to believe Davies was deformed. I believed he was the Elephant Man. The way he walked with a cane. The way he slurred his words through bunched lips. At the end of the first act I was in tears. I texted my mom: “Well, you should be salty for passing up on the ticket, I just cried.” (I hope hanging out at home was fun, Mom.)

While the first act deals with the discovery of Merrick and his making the hospital his residence, the second act deals with the attempt to bring him into normal society. It’s a moving, touching and devastating experience to watch.

Another cool feature of this performance: Eight “box seats” actually are on the stage! The stage is set up as an old-timey surgical theater, and some audience members get seats in the “gallery” and have to wear white lab coats. I didn’t realize these audience members weren’t performers — until a lady checked her cellphone.

Don’t miss this performance, which runs through Nov. 5. It’s great. It’s not too long, it’s intimate, and it gives you perspective into the kind of shit dealt with by people who have real problems.