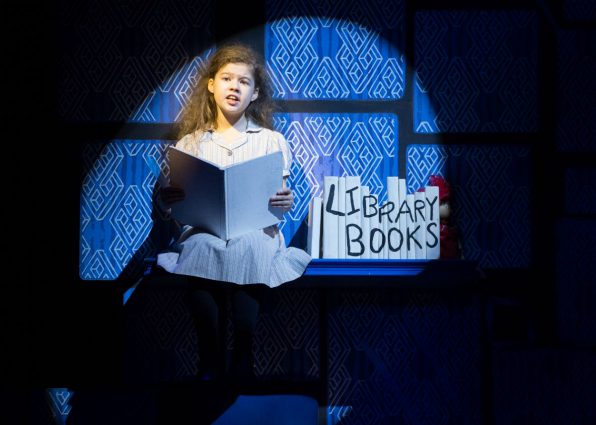 'Matilda' is a magical muse for believing in yourself

By Christi Geary Humor. Strength. Magic. Powerful words that do not begin to adequately describe what Matilda the Musical evoked in my heart and mind while watching this spectacular show with my ten-year-old daughter. My…

Humor. Strength. Magic. Powerful words that do not begin to adequately describe what Matilda the Musical evoked in my heart and mind while watching this spectacular show with my ten-year-old daughter. My daughter, who is remarkably similar to the main character in her bookish ways and standing up for what she believes, made the evening a sheer delight, and allowed me to see this story through her eyes, as well as mine. There is something so special about seeing a book brought to life with someone who is already familiar with the story and loves the character, but young enough to grab your arm in excitement and hold on when the kids are swinging on stage, yet old enough to understand the true story is about believing in yourself and standing up for what is right. Props to Broadway Cincinnati for continuing to raise the bar and enabling us all to enjoy a musical masterpiece. 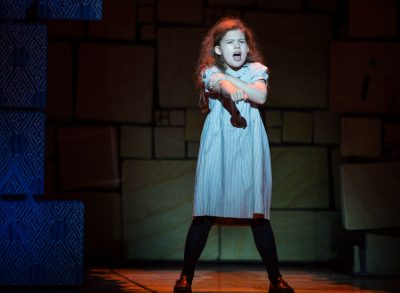 We had the delight of seeing Jaime MacLean perform the role of Matilda – she is extraordinary and embodies this character fully from start to finish. While she may have been the tiniest person on the stage physically, she was the epitome of ‘girl power’ with her singing, acting and superior storytelling. Similar to Mrs. Phelps the librarian, we were hanging on to every word and note throughout the performance. That said, the entire cast was fantastic and worked together in a seamless harmony expressed through infectious songs, energetic choreography and witty dialogue. And while Jaime MacLean stole our hearts, Dan Chameroy as Miss Trunchbull stole the show (it utterly delighted my daughter that ‘Miss’ Trunchbull was played by a ‘Mr’)! By infusing humor and seeming to exalt in the role, he managed to make a horrific character into someone you had an absolute blast watching and waiting for them to lose while also wanting them to stay on stage longer. 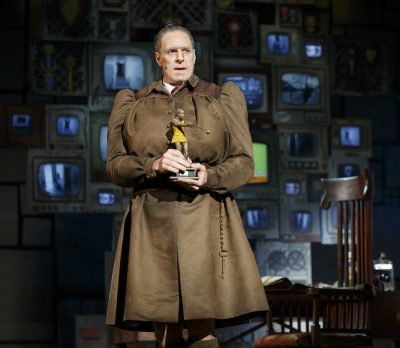 The musical is a clever masterpiece that weaves multiple story lines together to tell the tale of little girls standing up for who they are and what they believe in. The show does not shy away from the darker aspects of the story and often dials them up. There are parts that might be a bit scarier for younger kids who may not fully understand what’s happening, but the show quickly bounces back to delightful humor for every age to enjoy. There were many younger kids in the audience who seemed to love it as well. We made the decision to wait a bit longer before taking our younger daughter, given the show length and later curtain time (and enable her to read the book first). That said, if you haven’t read the story, you will still enjoy every moment of this musical. 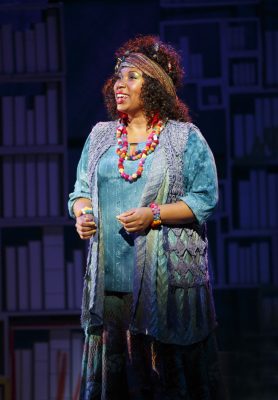 The sets were engaging and powerful, shifting just enough to effectively transport you into each scene while always maintaining the key elements of the story. Every single scene was simultaneously hilarious and heartrending, ensuring that you never quite forget the reality of the story that is being told even when your cheeks hurt from laughing. My daughter’s favorite scene was the gym/workout led by Miss Trunchbull – it is a well-choreographed delight. However, both her and my favorite moment was her personal discovery of the connection between Matilda’s story-telling and the actual story, she could barely contain her excitement and pride at figuring it out early…you’ll understand better when you go see the show! 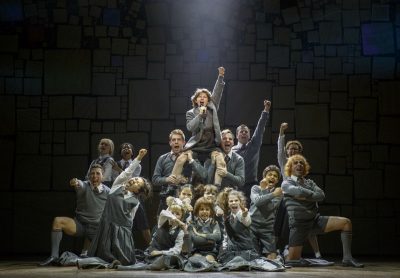 “Revolting Children” – The company of MATILDA THE MUSICAL ©2016, Joan Marcus

As a working mom who strives to show my daughters that they can and should do anything they put their heart and minds to, this particular musical and story brings things very close to home for me. The recurring song line from “Naughty“ are powerful words to live by “Just because you find that life’s not fair, it doesn’t mean that you just have to grin and bear it; If you always take it on the chin and wear it, Nothing will change.” Matilda is reminiscent of other strong girl characters such as Hermione Granger (Harry Potter), Anne of Green Gables, and Jo March (Little Women); her indomitable spirit, stunning intellect and empathy for others is inspiring. This was evident by the huge cheer that erupted from the crowd when Matilda stood up to Miss Trunchbull. Ultimately, Matilda the Musical is a truly magical muse that reminds us all that we need to stand up for what we believe!

NOTE: The show is long (~3 hours with intermission), so take advantage of the restrooms and grab a drink at intermission. Make it a special night and grab dinner ahead of time – we celebrated an early birthday evening at Boca!

Christi Geary is the proud mom of two girls under 10, best friend and wife of her husband Brian, and an Associate Director at the Procter & Gamble Company focused on shopper insights and analytics.  She enjoys art of all kinds, feeds an insatiable curiosity for learning, pursues different forms of exercise when she can find the time, and delights in spending time with family and friends.