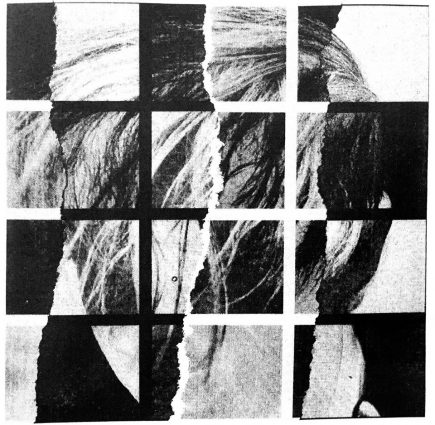 By Josh Elstro The concept behind 'Two Truths: Notes on the Cinematographer' is simple: a few dozen artists submitted either a video work or script for a short play based on a quote they’re given.…

The concept behind ‘Two Truths: Notes on the Cinematographer‘ is simple: a few dozen artists submitted either a video work or script for a short play based on a quote they’re given. The quotes are displayed on a screen in OTR’s inviting Mini Micro-cinema and read aloud by the show’s charmingly dry creator, curator, and “master of ceremonies”, Scott Holzman. The audience votes for the piece they’d like to see via applause, not knowing which is live theater or film. This goes for 15 rounds and the audience is then spilled out of this bizarrely fun fantasy world and back onto the bustling streets of OTR.

The material itself can not be summed up in a single review. If you see one performance, you’ve only seen half the content which writers offered for ‘Two Truths’. It’s 6-show run continues this week, so there’s still time to possibly catch more. The quotes offered to its writers come from Robert Bresson’s 1975 book “Notes on a Cinematographer”. Each piece you see feels like a true gut reaction to a quote out of context. Some seem to play with the lesson they think is being taught; others treat it with levity and comedy as though to mock its seeming pretension. This contrast keeps the show exciting throughout in spite of the structure of brief, rapid-fire sketches with no through line.

It gets complicated and fascinating when you start considering the probability of two separate audiences experiencing the same show twice. I wanted to calculate how many showings it’d take before a repeat is likely; however my math skills have waned with age. So, suffice to say it would take many, many – many – performances of ‘Two Truths’ for the same show to happen twice. This is what makes it my must see “Fringiest Show of Fringe” for 2017. Each year I love to seek out the show that pushes the limits of performance space and medium the furthest, without feeling gimmicky. Holzman’s effort does just that. It lives in a short glorious instance for the few who get to experience it, and is then gone forever. It celebrates one of the things I love most about live theater; that even the most tightly-scripted, well-rehearsed, and longest-running live shows are never the same experience twice. Lines are delivered with a different emphasis, scenes run at slightly different tempos, gestures and blocking have nuanced changes.

‘Two Truths’ is a truly original celebration of performance art. It manages to take film, a seemingly permanent and redundant medium, and present in a format that forces it into the world of live theater which lives in the moment and then disappears.

Josh Elstro is an audio production and recording engineer with Cincinnati Public Radio by day and a freelance podcast and music producer by night. Suffice it to say, he REALLY enjoys storytelling, journalism, and performing arts of any kind. He is Lin Manuel Miranda’s best friend… he’s just waiting for Lin to realize it. You can check out his independent podcasts Bellwether (bellwethershow.org) and Still Life With Simpsons (stilllifepod.libsyn.com).