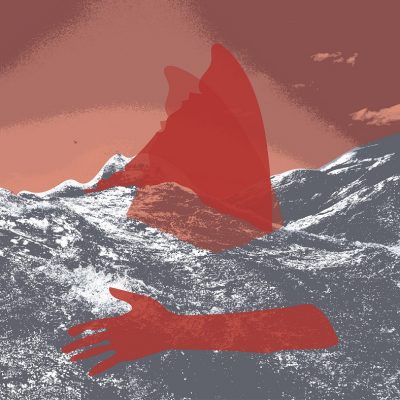 'Sa'idah' resonates for days and weeks to come

'Sa'idah' is not a comfortable show. I would argue those are the best kind Cincinnati Fringe Festival has to offer. The shows that make you think, or ask you to suspend pieces of your disbelief…

‘Sa’idah‘ is not a comfortable show. I would argue those are the best kind Cincinnati Fringe Festival has to offer. The shows that make you think, or ask you to suspend pieces of your disbelief for a larger, sum-total payout in the end, are the ones that stick with you for days and weeks to come.

The hour-long play opens as title character Sa’idah (which, somewhat ironically – as you’ll discover – means “fortunate one”) shares images related to her life on an overhead projector, cast off-center and illuminating the right quarter of the stage’s simple backdrop, and speaking matter-of-factly about them. Actress Maya Farhat imbues Sa’idah with an ageless quality – this girl could be 11, or she could be 31 – that speaks to the hard-earned wisdom we come to realize informs her character’s sensibilities.

Sa’idah is a Syrian refugee, we discover, taken from her war-torn homeland by Kirsten and Taylor. An initially vacuous-seeming celebrity couple, Kirsten and Taylor view the silent Sa’idah – she doesn’t speak to the couple until 20 minutes or so into the play – as a delicate toy or rare butterfly, one they wanted because they enjoyed the idea of her. That idea seemed to be one that smacks of what’s known as “white savior” complex, wherein an affluent Caucasian person believes he or she knows how to best solve the tangled web of some other-raced person’s life. While that may seem blunt, that’s how Taylor and Kirsten are presented, at least at first.

In fact, Kirsten falls into the ultimate white savior trope: one with a kooky religious habit, which we discover as she’s guided by the resonant-voiced Dave, who is a creepy presence on the other end of their increasingly-eerie phone calls. Taylor wants to connect with Sa’idah, and does briefly in a touching scene that includes Taylor Swift references and a traditional Syrian dance. In a sadly recurrent theme for Sa’idah and all the characters in this sharp play, though, the connections they make are not built to last. Kirsten seeks a connection with a “greater power” through the physical conduit of a great white shark; I’ll leave it to you to interpret the many ways that reverberates in the play.

And who does Sa’idah want to connect with? Most prominently, the answer is herself, and her understanding of herself. She seeks connection to her memories, to her former life. In a powerfully moving scene where she recounts the war from which she narrowly escaped – or was she captured? – Sa’idah describes leaving her body and looking down at herself from above, musing on the voices of doctors as possibly being “angels”. Sa’idah didn’t ask for anything that happened to her, good or bad – and both definitions of those terms are entirely subjective, which you’ll realize adds to the beauty of the play.

A favorite facet of this poignant, relevant, and incredibly timely play: the production group is accepting donations on behalf of RefugeeConnect, a local refugee program founded by the Junior League of Cincinnati.

Leyla Shokoohe is the Communications Coordinator at ArtsWave. Reach her here with questions or comments about anything and everything CincyArtsGuide.