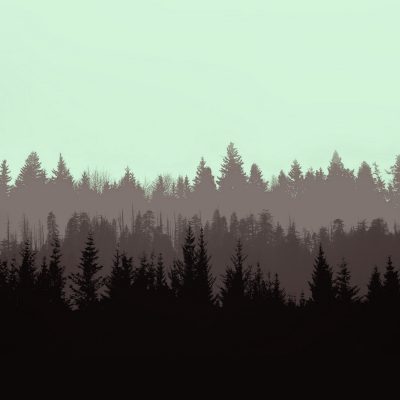 'Disappearance of Nicole Jacobs' is "well worth your time"

By Josh Elstro  When the Nancy Graces of the world descend on the towns of disappearing teenagers and similar tragedies, there are always real people just beneath the surface who must continue living their lives.…

When the Nancy Graces of the world descend on the towns of disappearing teenagers and similar tragedies, there are always real people just beneath the surface who must continue living their lives. There are people whose worlds have been destroyed. They have to get up every day and weightily put one foot in front of the other, hoping against hope that with time, things will get easier. Meanwhile, network news vans may be parked just outside their property for months at a time. “The Disappearance of Nicole Jacobs Part 1: The Sister” tells a few of these stories. We follow the titular sister (Crystal) and the boyfriend (Daniel) of a young girl who has gone missing (Nicole). The presence and idea of media trucks on the horizon is used as a looming and oppressive, situational antagonist. However, no characters from this non-stop news world ever appear on stage or have any lines, beyond a short montage of news clips at the top of the show. It’s a clever re-purposing of a plot device that might feel familiar from Dickens or one of Shakespeare’s wartime tragedies.

The show mostly explores how Crystal and Daniel move through the tragedy of Nicole’s disappearance. They try methods that seem odd, but upon further reflection, make perfect sense. Daniel favors cartography or map-making, but from memories more than geography. Crystal obsesses on the gruesome details of serial killer history; perhaps if she faces what she fears most about what could have happened to her sister she can overcome it? They find themselves pursuing a questionable, but temporarily comforting relationship – these things tend to happen in the throes of grief. In the end, it’s comforting to resolve that no matter how well we think we can master the stages of grief, nothing can accelerate the work of its only true antidote: time. And even then, some wounds may not heal.

The highlight of the show comes in Nicole’s first monologue. For most of the show she looms as a specter with occasional monologue interjections, while the other two work through their grief. But her initial entrance comes with a bang. She pontificates for a few minutes beyond the typical emotional maturity of her seventeen-year-old self. Her words and thoughts reveal just why over time. She begins positing a dark, mostly untouched theory for the afterlife: what if our consciousness lives on in our body after our last breath? What if we sit in that body, feeling the pain of it’s rotting and decay, unable to scream or call for help?

But only by suffering through this trauma can our final decomposition make us one with the planet, the universe, and all their infinite wisdom. There’s a lot of complicated soul searching going on that is aptly handled by this mostly young cast of Henry Eden and Cassie Delicath and is glued together by veteran Miranda McGee. They handle the material with care and make it well worth your time.

Josh Elstro is an audio production and recording engineer with Cincinnati Public Radio by day and a freelance podcast and music producer by night. Suffice it to say, he REALLY enjoys storytelling, journalism, and performing arts of any kind. He is Lin Manuel Miranda’s best friend… he’s just waiting for Lin to realize it. You can check out his independent podcasts Bellwether (bellwethershow.org) and Still Life With Simpsons (stilllifepod.libsyn.com).