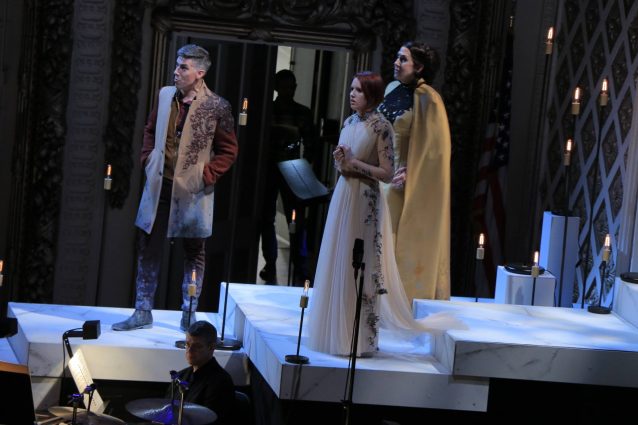 The Cincinnati Symphony Orchestra brings Debussy's only opera to life

"Pelléas et Mélisande," presented this weekend by the Cincinnati Symphony Orchestra, is the only opera that Claude Debussy ever completed. This is largely because Debussy did not particularly care for opera. He found it too ornamental,…

“Pelléas et Mélisande,” presented this weekend by the Cincinnati Symphony Orchestra, is the only opera that Claude Debussy ever completed. This is largely because Debussy did not particularly care for opera. He found it too ornamental, too crowded. He is actually quoted as saying “Music in opera is far too predominant. Too much singing.” When researching the opera in anticipation of last night’s performance, I learned that he apparently instructed the singers rehearsing the piece to “not think of themselves as singers.” I suppose that Claude Debussy, while unquestionably a genius, must have been an insufferable personality. But I tend to like those types of people, so I’m pretty cool with that.

Debussy selected the play “Pelléas et Mélisande” by the playwright Maurice Maeterlinck as his libretto after he had sought permission to set a one of his previous works to music, only to learn that the rights had been sold to someone else. Debussy later began scoring an opera called “Rodrigue et Chimène,” but abandoned the work after seeing a stage performance of “Pelléas.” Think about that—Debussy was so inspired to begin work on this opera that he scrapped one that he had been working on for 3 years. 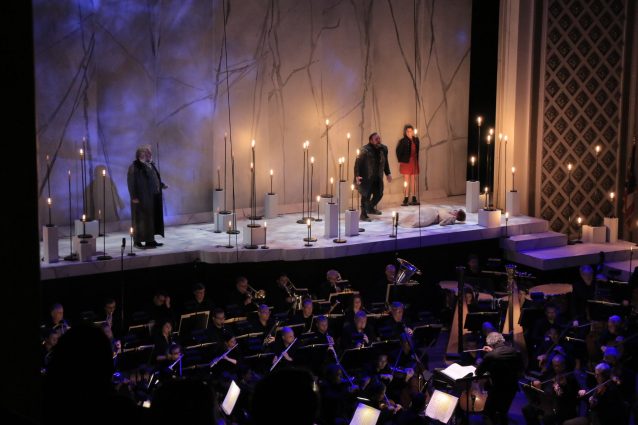 An aside: after careful consideration, I have decided that the title “Pelléas et Mélisande” is a misnomer. The story would be more aptly named “Mélisande.” She controls the very purpose of the other main characters, a protagonist completely surrounded by antagonists. Admittedly, my modern feminist perspective probably colors this view. I suspect that the intention of Maeterlinck was more likely to employ her character as a symbol of the spirit that touches and controls men.

The story is drenched in symbolism. The storyline is secondary to more abstract themes of light and darkness, of youth and age, of water and nature, and color. Given the flexibility of the narrative, there is an extraordinary amount of room for creativity, and director James Darrah seized the opportunity beautifully. Characters were costumed simply in accordance with their corresponding youthfulness, agedness, goodness, or darkness. Pelléas sports a hint of whimsical blue in his hair, Mélisande a passionate red, in contrast with the dark and grey haired characters that seemed to surround both of them.

The orchestra, led by conductor Louis Langrée, sat submerged in the center of a stage that literally wrapped itself around the music. The majority of the action took place as actors walked or ran around this circular catwalk, most of the time a slow and steady pace in a counterclockwise direction. I am still awestruck by how perfect this is as a conception of an opera as obstinately nontraditional as “Pelléas et Mélisande.” Much is left to the imagination, ornate and complicated set changes completely eschewed, and it works. 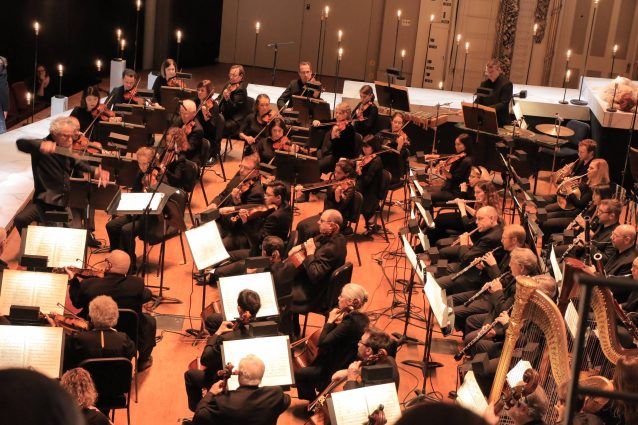 The only physical change from one scene to the next took the form of lighting. The set was adorned with dreamy lanterns that faded up and down to accompany the changing moods, and projection designer and photographer Adam Larsen adorned the large back wall of the stage with changing projections. Paired with the textured music of Claude Debussy, the result was a lush world of color and light that you could positively drown in.

“Pelléas et Mélisande” only runs two nights at Music Hall this year: last night, October 20, and tonight, October 21. I struggle to find the words to convey how much this production touched me, and I suspect that is precisely how it should be. It seems tragic to me that it will only run for one more evening, but something so ephemerally beautiful must pass fleetingly, I suppose. I recommend that you try to catch it while you can.

Frankly, I wish Debussy had completed another opera so I could hopefully spend more hours of my life experiencing creative interpretations of it.

Hilly Kenkel is a former vocal performance major and lifelong lover of music, political science nerd, podcast junkie, and Cincinnatian. She goes through sporadic periods of obsessive sourdough baking, weight lifting, distance running, and gardening. As a rule, she only names her pets after musicians, and she is hopelessly devoted to her cat, Bessie Smith.