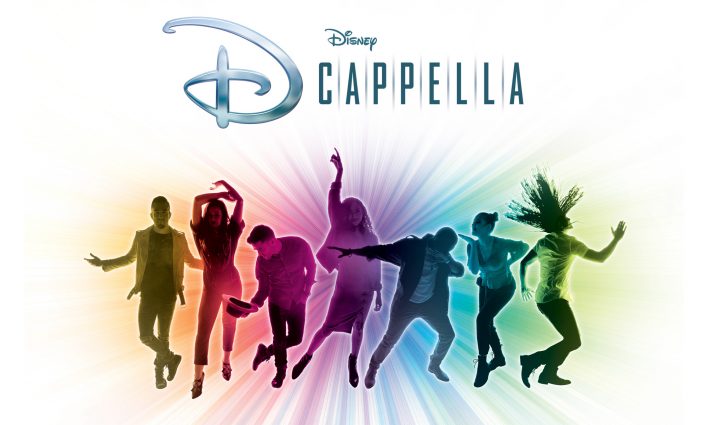 As a self-professed Disney super fan, my awareness of all things "new" related to Disney is generally on point. But somehow, I managed to miss that these creative geniuses have quietly and effectively resurrected the original magic…

As a self-professed Disney super fan, my awareness of all things “new” related to Disney is generally on point. But somehow, I managed to miss that these creative geniuses have quietly and effectively resurrected the original magic of the Mickey Mouse Club and taken it to another level with this newly formed and highly acclaimed, seven-person a cappella group. Led by a cappella pioneer, Deke Sharon, this diverse and supremely talented group showcases the best of the best vocal and stage talent procured from a nationwide search. Releasing their debut album last November and kicking off a 40 US city tour, this high-energy show delivers contemporary twists and clever mash-ups of Disney & Pixar animated features, while visually delighting you with movie clips and infectious choreography. For those who love Disney and music, this is a match made in harmony heaven, delivering a “first date” that took us back to our favorite childhood memories to learning new ways to produce sounds without instruments to that familiar and fabulous feeling of walking down Main Street on your first day in the park. DCappella is an unexpected yet undeniable magical experience that will have you dancing in the aisles and leave you yearning for their next show.

Walking in with my two girls knocking on tween’s door, our expectation was some combination of Pentatonix and “Pitch Perfect” meets Disney. A pretty close approximation with the added bonus of fairy dust that makes anything Disney reach deep inside and pull on your heartstrings. It literally blew us away. But before we talk our favorite parts of DCappella’s performance, let’s talk about the opening act, Eleventh Hour, an award-winning high school a cappella group from nearby Dayton, OH. It was the perfect way to ease the audience into this style of music while giving a nod to this extremely talented local group. Afterwards, they joined the audience to enjoy the rest of the show and welcomed star-struck little ones in the crowd to talk them at intermission.

But the magic truly began when the seven extraordinary members of DCappella took the stage amidst swirling blue and white lights, multi-leveled platforms, and a backdrop of trifold movie screens. Launching into “The World es mi Familia,” from “Coco,” this group takes your breath away as you realize, but continue to question due to the exceptional sound, that this is all them — no instruments, no back-up — just pure vocal talent. Ranging from “Tarzan”‘s “You’ll Be in My Heart” to “Aladdin”‘s “Friend Like Me” to “When Somebody Loved Me” from “Toy Story 2,” this show bought out all your familiar favorites and added in some new ones with “Moana”‘s “How Far You’ll Go” and a rousing rendition of Fall Out Boy’s “Immortals” from “Big Hero 6.” Lest we forget that this is a Disney production and that they know and respect kids, they offer up the opportunity to learn as they share their unique roles in the singing ensemble and a little audience participation as they offer up a beat box tutorial by vocal percussion magician, Antonio Fernandez.

Every aspect of the show was enjoyable, but our favorites were the moments that were unexpected and showcased not only their talent, but how much fun they are all having on that stage with each other. The three ladies, Sojourner Brown (alto), Shelley Regner (mezzo) and Morgan Keene (soprano), personified “girl power” with their performance of the modern day “Mary Poppins” song “Where the Lost Things Go.” The gentlemen, Orlando Dixon (baritone), Joe Santoni (bass) and RJ Woessner (tenor), delighted during a show-stopping sing-along to “The Three Little Pigs.” But as always, the song that stole our hearts and once again will be in a constant do-loop in our head was the hauntingly beautiful mash-up of “Let It Go/Do You Want To Build a Snowman” from Frozen. With our girls literally dancing in their seats, singing along (mostly quietly, after our urging!) and saying “she’s my favorite, no wait, he’s my favorite, no wait, I think they are all my favorite!” This show was the next best thing to taking them to the parks.

At this moment, while I’m writing this review, my two music-lovers are dancing to DCappella’s album, wearing the tour t-shirts and watching their YouTube videos. And yes, we did drink the Kool-Aid and give in to their Rapunzel-esque begging eyes on the shirts and album — don’t laugh, you would have as well and will when you go see the show! So while it’s clear that Disney is just getting DCappella rolling and figuring out what is possible, the buzz will only grow as more people experience this fantastically fun show. Ultimately, for those paying attention, this group exemplifies the power of diversity, talent and passion coming together, each playing a unique role but creating something stronger and more magical together. Delivering an encore performance of “Remember Me” from Coco, DCappella reinforces a message that you will have undoubtably already received — that you’ll remember them long after the curtain goes down.

Christi Geary is the proud mom of two girls (8 and 11), best friend and wife of her husband Brian, and an Associate Director at the Procter & Gamble Company focused on shopper innovation insights and analytics. She enjoys and participates in art of every kind, feeds an insatiable curiosity for learning every day through books and connecting with others, pursues different forms of exercise when she can find the time to balance out her foodie predilection (highly recommend DanceFix and Pilates Reformer), and delights in spending time with family and friends (especially anything Disney-related). Writing reviews is an absolute privilege and one she cherishes every day, with the hope that sharing her perspective will inspire others to embrace the arts.