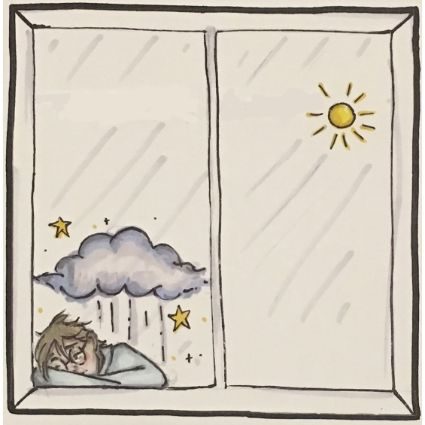 Every year during Fringe, the primary lineup includes a few works that local high school students create and produce. "Tales from the Cuckoo Club" is among this year's Fringe Next entries. It's a series of…

Every year during Fringe, the primary lineup includes a few works that local high school students create and produce. “Tales from the Cuckoo Club” is among this year’s Fringe Next entries. It’s a series of glimpses into a young woman’s experience at a hospital’s psyche ward.

The young woman in question, Ryan, is admitted after attempting suicide. She is on the autism spectrum and suffers from bipolar disorder and the crippling loneliness that so often accompanies mental illness. These and several more factors have left her embittered toward the world and lacking the desire to carry on.

The story opens as Ryan’s twin sister, Ellie, visits her a few days into her hospital stay. Despite being (fraternal) twins, the two appear to be as different as two people can be. While Ryan is an outcast, Ellie is at the peak of the high school social ladder. Ryan, through necessity, focuses much of her energy on navigating social situations, leading to a deeply introspective personality. Ellie has always been at liberty to enjoy lighter pursuits.

You might be tempted, by comparison, to refer to Ellie as the “shallow” one. In fact, the play initially seems to point you in that direction. But like all relationships, and like all human beings in general, it’s more complicated than that. Ellie is a 16-year-old girl who is, at her core, terrified of losing her twin sister. She doesn’t have the slightest clue what it’s like to be a young, gay woman on the spectrum with mental illness. So she lashes out, especially at Ryan. But they start to come to an understanding. It is not, by any means, perfect, but it’s a light in the darkness.

And it’s not the only one. Ryan meets several other troubled young people, each carrying their own weights. They start to learn from one another and empathize with one another. That empathy and understanding is probably the most important theme of the production. It’s clearest in Ryan’s relationship with her sister, but there’s a beautifully subtle example of it in Nurse Jackie, the only staff member of the hospital we meet.

Nurse Jackie delivers lines, so to speak. The psyche ward where all the action takes place has guidelines, as you would expect. The staff are constrained by those guidelines, as is probably best for all involved. But to the patients, that can come off as rote delivery of prescribed conversation, which doesn’t always take into account the unique circumstances of each individual.

But in her conversations with Nurse Jackie, Ryan does learn. Constrained as she is, Nurse Jackie has a sincere desire to help, and the guidelines and script are there for a reason. Much of it can actually make an impact, no matter how small.