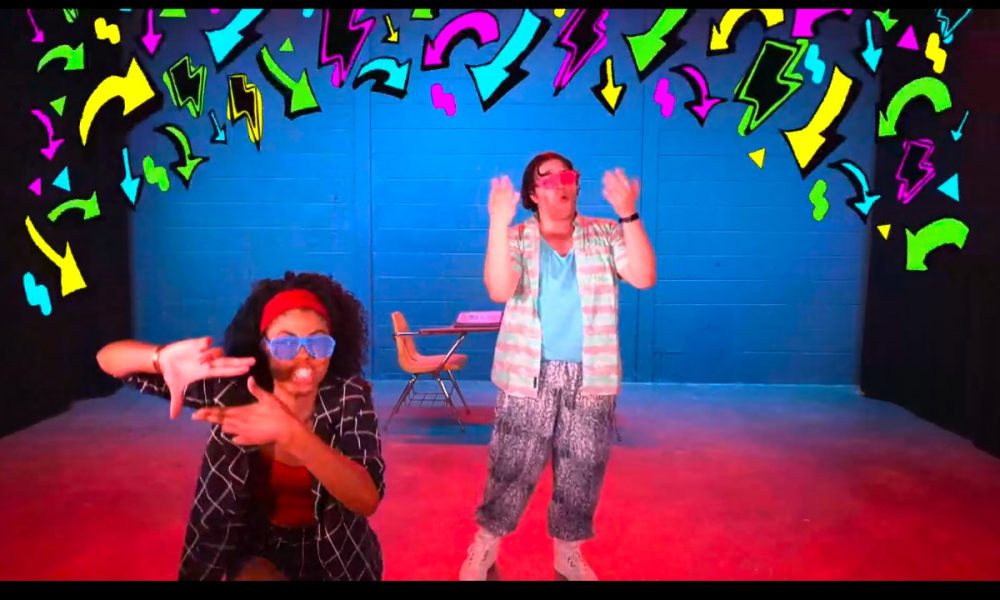 Know Theatre streams a takedown of the '90s "everyman"

I'm a white, heterosexual, cisgender American man named Zach. The villain of Know Theatre of Cincinnati's latest livestreamed production is a self-described "American Caucasian heterosexual Capricorn" named Zack. It might be tempting to feel ever…

I’m a white, heterosexual, cisgender American man named Zach. The villain of Know Theatre of Cincinnati’s latest livestreamed production is a self-described “American Caucasian heterosexual Capricorn” named Zack. It might be tempting to feel ever so slightly attacked by that. But of course, I’m not being targeted. To suggest that I am would essentially prove playwright Christian St. Croix’s point. Besides, I’m a Libra.

“Zack” is a story about the consequences of treating one demographic as a “default.” The setup is unmistakably tied to “Saved by the Bell,” complete with a catchy theme song by local musician James Allen. A small group of loosely connected people at a Southern California suddenly become the popular crowd when they are recruited for a friend group by new kid Zack.

Zack is white, upper-middle class, blonde, blue-eyed and filled with unmerited confidence. He behaves almost exactly like Zack Morris from the classic sitcom. The difference here is that we see his behavior from the perspective of the people around him. We see the consequences. The fallout of his adventures prove beyond a doubt that, as one popular video series puts it, “Zack Morris is Trash.”

He mercilessly bullies his quirky friend. He lures a group of intelligent students from the math club into a situation that gets them labeled as sex offenders. He knowingly gives a friend of latinx descent advice that will put him in conflict with a racist police officer. He catfishes a teacher after finding out how lonely she is.

He is an unrepentant garbage person. But while “Zack” makes it a point to show the stark realities that fall in the wake of someone who never faces consequences, the show is packaged in a send-up to ’90s teen television. That means deliciously formulaic plot twists, interludes that feature laugh tracks and contrived poetic justice to wrap things up.

This being a production in 2020, Know Theatre has done some creative gymnastics to deliver “Zack” safely to audiences. First, there are two actors on stage. A.J. Baldwin and David Armando do some serious heavy lifting. Between them, they portray the villain, the two main heroes, the other two members of the friend group and multiple side characters. Amazingly, it works. Both of them flow effortlessly from one character to another, and I didn’t find myself confused about who was who even once.

That’s especially impressive considering I was watching the show on a laptop. What’s more, the show was not just a recording, but a live stream. It’s rare to have an opportunity to see actual live, local theater in 2020. Don’t miss this chance.

Livestreams of “Zack” run November 20-24 and 27-29. After that, you can still see a recording. Do yourself a favor and see this witty, nostalgic and challenging piece live while you have the chance.