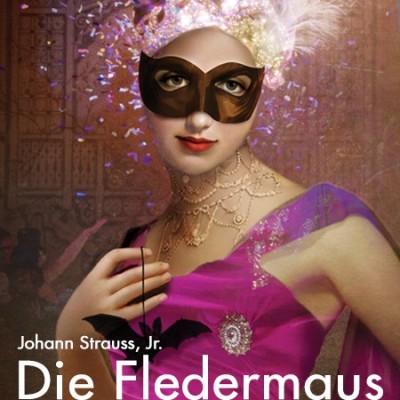 Cincinnati Opera is a whole lot of fun

By John David Back Yesterday, I strolled along the blazing blocks of downtown to catch the opening night of the Cincinnati Opera's season at the Aronoff Center for the Arts. "Die Fledermaus," showing again June…

Yesterday, I strolled along the blazing blocks of downtown to catch the opening night of the Cincinnati Opera‘s season at the Aronoff Center for the Arts. “Die Fledermaus,” showing again June 18, is a story about a man playing an absurdly elaborate prank on his friend. Despite the German name, the opera itself is entirely in English.

Let me repeat that: The Opera was entirely in English.

Starting at the beginning, though, I’ll say one of the most important aspects of the Opera was the successful tying of my bow tie on only my second try. I saw outfits ranging from traditional Austrian garb (the story takes place in Vienna) to untucked polos to a group of four men who all had on white tuxedos and kept fixing each other’s hair. It seemed to me as long as you weren’t wearing a bro-tank, you could come in whatever you wanted.

INSIDE THE THEATER: A MARVEL FOR THE SENSES
Two things struck me as we took our seats in the right rear orchestra: 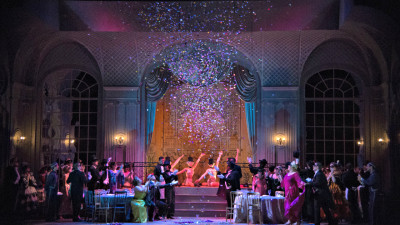 The performance started with a rousing rendition of the national anthem. A perfumed beauty in front of us must have been in the opera herself, because I’ve never heard a more enthusiastic patriot in my life.

“Die Fledermaus” (I never did learn what a Fledermaus was) (editors note: It means “the bat.”) is a crisscrossing storyline of tricks and pranks and mistaken identities. There’s a ton of alcohol consumption on stage. I’d actually be curious to learn how they pretend to drink so damn much. Half of the male leads all become falling down drunk. And they do fall down. Opera is crazy.

I’D ABSOLUTELY GO AGAIN – SO SHOULD YOU 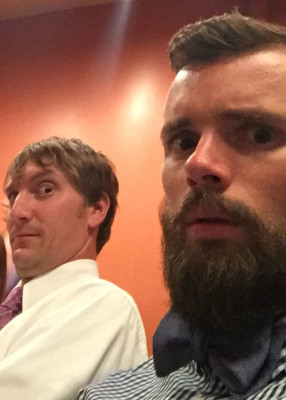 Going to the opera sounded, to say the least, daunting. My pal Chris, who attended with me, slammed happy hour beers at Nicholson’s beforehand in the hope he’d fall asleep. Well, he didn’t. We laughed our asses off, sneezed at the perfume some, and generally had a great time.

The orchestra was great, the singing was absolutely incredible, and the sets were maybe the best I’ve ever seen. During the third act, the entire set slides on hidden tracks to review more of a ballroom. There was raucous applause here.

Reasons to go to see “Die Fledermaus” (or another opera):