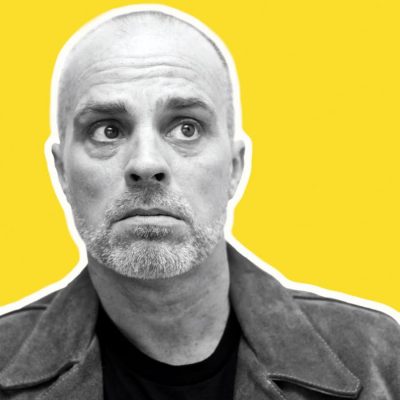 An improvised solo comedy based on your crazy life.

In “Show Up,” internationally acclaimed solo performer Peter Michael Marino uses his decades of solo expertise to turn the clichés of the genre on their clichéd heads. Using an arsenal of Post-it Notes, Pete transforms the audience’s experiences into a comedic life-story that’s different each time. You control the content, set, and sound for this socially-anxious show about you. And there’s a party!

Peter Michael Marino is a NYC-based performer/writer/producer whose work has been seen on five continents. His critically acclaimed solo show “Desperately Seeking the Exit” recounted the making and unmaking of his West End Blondie musical flop “Desperately Seeking Susan” and played for over two years in the US, UK, and Australia. He is the creator of NYC’s SOLOCOM, which has launched over 500 new solo comedies. Pete has been performing and producing at the Edinburgh Fringe and many other Fringe festivals since 2012. www.petermmarino.com