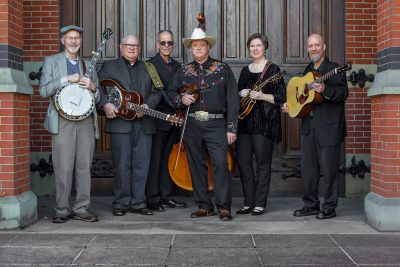 Comet Bluegrass All-Stars at Wednesdays on the Por...

Wednesdays in the Woods has moved online!
Given the Governor’s directives limiting gatherings due to COVID-19, CCAC will host the remainder of Season 12’s summer concert series via live streaming shows online at Facebook.com/CliftonCAC, this week featuring the musical stylings of the Comet Bluegrass All-Stars. We encourage everyone to tune in and enjoy from the safety of their own porches, patios, yards and balconies.

About the Band: The Comet Bluegrass All-Stars
The Comet Bluegrass All-Stars were assembled in 1996 and became the house band at the Northside neighborhood bar The Comet. The band soon gained popularity beyond the lounge at the Comet and has performed at the opening ceremonies of the World Choir Games as guests of the world-renowned Cincinnati Pops Orchestra; opened for bands such as Del McCoury, Ricky Skaggs, and Sam Bush; and has won numerous music awards.