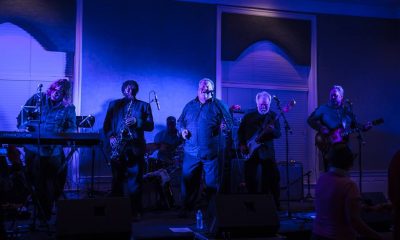 Chuck Brisbin and the Tuna Project at Wednesdays o...

We currently hope to be back in Burnet Woods for live concerts through July and August – look for more info coming soon!

Wednesdays in the Woods has moved online!
Given the Governor’s directives limiting gatherings due to COVID-19, CCAC will host the remainder of Season 12’s summer concert series via live streaming shows online at Facebook.com/CliftonCAC, this week featuring the musical stylings of Chuck Brisbin & The Tuna Project. We encourage everyone to tune in and enjoy from the safety of their own porches, patios, yards and balconies.

About the Band: Chuck Brisbin and The Tuna Project
Chuck formed “the Tuna Project” with some of the best musicians in the tri-state area. Their sound has been compared to the “Mussel Sholes Sounds” of yesterday; bringing the raw grit and honed musicianship of the Greats of the Blues World to the Blues Greats of Today. Chuck Brisbin & the Tuna Project is a proven, quality musical force in the region, performing all over Cincinnati, Northern Kentucky, and Southwest Indiana. The group has consistently been voted one of the Top Ten Blues Bands in the Cincinnati Area!