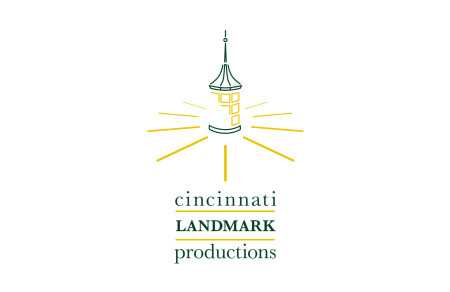 -Jump, Darling. (90 mins) In one of her last major film performance, Cloris Leachman stars in Jump, Darling as the cantankerous grandmother to Russell, a down-on-his-luck drag queen who’s reeling from a bad break up and escapes to live in the countryside. Wounded and hurting, he slowly returns to life by injecting new energy into the sleepy local gay bar – all while his rapidly declining grandmother desperately fights to steer clear of a retirement home. At once humorous and heartbreaking, the film is an ode to new beginnings and the soulful journey toward healing.

2:00 pm Saturday, November 13
-We All Die Alone (15 mins) An 8-way standoff leads to absurdist scenarios, a conversation about Mexican food and a little romance.

-Griffica (12 mins) A man suspects his boyfriend is a demon.

-As Simple As That (20 mins) Suspicious that her son is gay, Joana shares her doubts with her husband. To her surprise, the boy's father knows much more about the subject than she imagined. After all, why was she the last to know?

-Honey Do List (8 mins) Honey Do List continues Walter and Frank’s story from the award winning film, The Handyman. Walter’s honey do list piles up & Frank is too busy to do the fixes, a new sexy handyman arrives with an agenda that isn’t exactly on Walter’s fix-it list. Can Walter resist this new temptation?

-Heart Beats (6 mins) Two male star-crossed lovers find the courage to stand up for love against their opposing worlds.

-Blunt (20 mins) In this dialogue-driven episode, an interracial lesbian couple attempts to ease the racial tension between them and their parents using the power of straight talk and a little bit of Cannabis.

-Angelos at Christmas (18 mins) It is Christmas Eve. Angelos, a mysterious 50-year-old man, observes a young boy singing the carols in the streets of Athens. He convinces the child to go with him in his car towards an unknown destination.

4:00 pm Saturday, November 13
-Digging Up Dorothy (7 mins) In this comedy, a drag queen protests the removal of Judy Garland’s remains from Ferncliff Cemetery.

-Landlocked (80 minutes) A man reunites with his estranged, transgender parent as they journey to scatter his late mother's ashes off the Georgia coast. "Landlocked" marks the feature film debut of transgender actress, Delia Kropp, in the lead role of Briana.

7:30 pm Saturday, November 13
-At Last (15 mins). The filmmaker’s grandmothers Jane and Eileen finally tie the knot of their four decades long relationship. Their journey in love, faith, socialist activism and family reconciliation culminates in a wedding unlike any other.

-Cloudburst (90 mins) Encore presentation- OutReels Cincinnati debuted in 2012 and our Opening Night film was Cloudburst. We are bringing back this festival favorite. A lesbian couple escape from their nursing home and head up to Canada to get married. Along the way, they pick up a young, male hitchhiker. The film stars Brenda Fricker and Olympia Dukakis.

4:00 pm Sunday, November 14
-Ourselves, in Stories (24 mins) In the last 25 years, the independent comics community made deliberate efforts to be inclusive and elevate under-represented voices. This is the story of how the community has changed over those years and evidence that if you want to change a culture, you need to change its stories, starting with the storytellers.

-No Straight Lines: The Rise of Queer Comics (80 minutes) No Straight Lines tells the story of five scrappy and pioneering cartoonists who depicted everything from the AIDS crisis, coming out, and same-sex marriage, to themes of race, gender, and disability. They tackled the humor in queer lives in a changing world, and the everyday pursuits of love, sex, and community. Their work is funny, smart, and profound, and provides a unique, uncensored window into LGBTQ lives from the 1970s onward, beginning at a time in which there was no other genuine queer storytelling in popular culture.

Tickets for each block are $12

Ticket Package for a Weekend Pass (all blocks) is $45

Nominal street parking available and a paid public parking garage ($5) is located directly next to the theater.