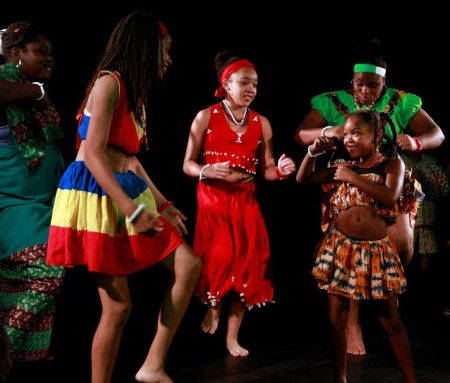 Bl-OKOTO was established in 1994 as a professional African dance company comprised of highly talented artists and was incorporated in August 1996 as a 501 (c) (3) non-profit multicultural performing arts organization in the state of Ohio.

Over the years, we have grown to be one of the most artistically accomplished and stable cultural institute in the tri-state. The organization is highly regarded for its innovative repertory and programming both nationally and internationally.

We envision a world where individuals, families and communities take pride in their cultural heritage while appreciating the cultural expression of others. Our mission is to preserve, promote and share the rich cultural heritage of Africa and Africans using drums, music, dance, food, languages and other arts

As we work vigorously to expand and improve our repertoire and programming, we have earned a reputation as one of the country's finest professional African traditional dance companies and cultural organizations. Our company has been praised by the dance community and the media for the works we have created and produced, and also for being the only outstanding authentic African Dance Company in the tri-state area, (Ohio, Kentucky and Indiana).

Bi-Okoto currently tour and perform in 48 states in the US. Our artists have also toured internationally representing Nigeria in South Korea's Youth Festival, Presidential welcomes in Italy, Germany, Bulgaria and France. In 2003, 2004, and 2005, Bi-Okoto was selected by United States Armed Forces Entertainment for  five-week military tours in the United Kingdom, Norway, The Netherlands, Germany and Belgium where seven of our artists performed for our troops on American and United Nation bases, in honor of Black History Month for each of those years.