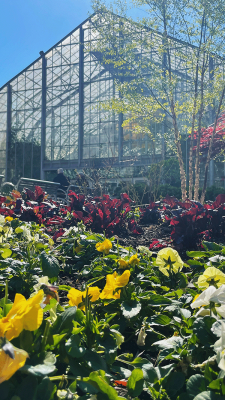 Krohn Conservatory opened in 1933 and is located in Eden Park. The land in the park used to belong to Nicholas Longworth and he called it his Garden of Eden. The conservatory has many features in a style called Art Deco that was very popular in 1933.The railings in the front lobby feature pictures in the metal that is an art deco style.