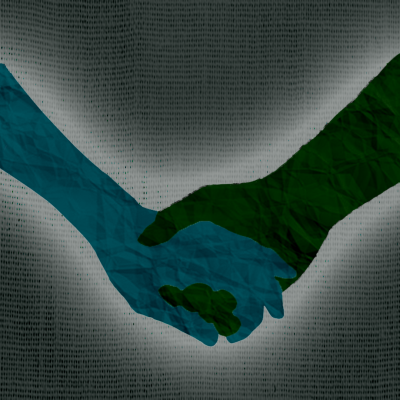 Two teens learn to deal with their mental disorders. Together.

Annalise, now an adult and a best-selling author, looks back on her teenage days through an interview about how her childhood has impacted her writing as an adult, as well as though staged flashbacks. Annalise was diagnosed with an anxiety disorder when she was young, and can’t remember a time when she was… well, “normal.” In order to help distance herself from her disorder, Annalise pretends it’s a whole different person. His name is Alex. Her whole world gets thrown for a loop when one day she meets Danny. Depressed and friendless, Danny also copes with his disorder in the same way Annalise does, and her name is Debbie. Together, Danny and Annalise learn to trust not only each other, but themselves. For the first time in their lives, they finally don’t feel like they’re alone.

The performing group, Take Two, features returning playwright Vicky Alcorn. Her assisting production team, Miranda Mason (Costume Designer) and Sarah Lembright (Stage Manager), are first-time Fringers who are beyond ecstatic to be participating in Fringe their senior year. The rest of the team consists of the cast, who are a mixture of returning performers and first-timers to Fringe. Take Two as a whole consists of Highlands High School students. Some were friends beforehand, while others had barely had a conversation, but through the magic of Fringe, they have been brought together to perform Annalise.