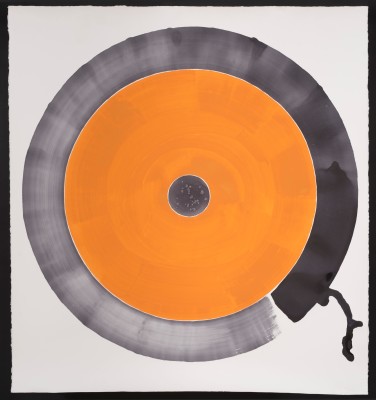 Earthstar ~The exhibition is a proposal for a sculpture installation for Pioneer Pond at Pyramid Hill Sculpture Park and features a series of watercolors that are full scale patterns for the sculpture. Earthstar is a welded and painted steel form derived from an earthstar fungus, and a meditation on the meanings of a particular place, it’s time and history.

When we first visited Pyramid Hill, Jesse & I were struck by it’s quality of being, to us at least, unexpected. The depth and breadth of the collection, as well as its magnificent setting, elated us. And like all truly great collections, it is marked by the a very personal eccentricity of the person who collected it, a virtue that makes it possible to not only witness great art, but also to perceive how great art tells the story of its time, and how an individual, a landscape, and a community, can be truly transformed by the experience of sculpture. We were also overjoyed to discover that our work might be a good fit for the park, not only because we specialize in outdoor steel sculpture, but especially because of our interest in “site specific” work, art in which the place it is sited is intrinsic to the work itself. We chose “Pioneer Pond” as a particular site that to us seemed an ideal conjunction of the human and elemental histories of the park, and put this show together to demonstrate our vision of a sculpture specific to the location.

The initial impulse was to do some careful gardening of the pond to deepen and bring out it’s beauty, and assure the integrity of the stone walls would endure. When the cleaned pond becomes a mirror of the sky, it looks for something to reflect. It’s a small pond – “that scarce could bathe a star…” as Yeats wrote, and that gave a clue to what the reflection might be of – not of the enduring stars that ancient megalithic sculptures, or Roden Crater, are aligned to, but the most fleeting sort, the stars in name only, the falling ones, the ones that you can make a wish on.

There is a fungus that grows in the woods of Pyramid Hill called an Earthstar. We find them occasionally here, near the Dandyland studios – they are a type of puffball, their spores puffed out of a central globular form even by the taps of drops of rain, much less the bare toes of a child. Once airborne they travel the skies until their descent. Should one land on earth of suitable moistness, a new earthstar will grow. In popular tradition they are said to come up on the landing spots of falling stars.

We have derived the form of our Earthstar from the fungus itself. Translated into steel, and large enough to span and protect Pioneer Pond, it has a hint of being a space traveler, a pioneer pod from another world, a marker that has located one of the sources of life in the landscape, a spring of clean water. It is a spot to be recognized, a value to be recognized, a history to be considered. And it is possible, from the slope above the pond, to look through the occulus, even into deep space, where it aligns perfectly with a star; we don’t know which one – or even if it has been discovered yet. It is the star aligned with the Earthstar at Pyramid Hill.

The color of Earthstar was suggested by bittersweet, a plant whose beautiful fruit and seedpod bear a shape somewhat similar to the earthstar fungus.

The watercolors are the patterns for the pieces of steel that make up the slightly-less-than-half-scale version of Earthstar.

Jesse and I would like to thank Lou Bontecou for inspiring our work.

Jesse Rivera (left), born in 1982 in Chicago’s North Side, of Puerto Rican and Ecuadorian descent is a sculptor working in cut and welded steel.

As a child he drew robots, transitioning to car customizing and metal work in his teens. Much of his adult career was as a metal fabricator building industrial machinery. Rivera began working with Daniel Dutton first as a Butoh style dancer in Dutton’s opera You’ll Always Come Back, a performance focused on the relationships between land, ancestry, racial and social conflict, and the sources of creativity.

Early in 2015, Rivera quit his job as a metal fabricator to collaborate with Dutton in setting up a metal working studio to create works in welded steel. The artists work together on the designs and direction of their sculptures. Rivera fabricates the pieces, and they both work on the surface treatments. Their collaboration is a unique meeting of urban and rural sensibilities; some pieces incorporate representation, often of familiar animals, with minimal gesture, to elegant or whimsical effect, others address the history and meaning of steel directly, in pieces combining shapes and methods basic both to industry and art.

Daniel Dutton (right), born in 1959, on a farm where he still resides, near Somerset, Kentucky, is an artist, sculptor & composer whose work often combines visual, musical, and narrative arts.

During the 1980s, Dutton showed visual and video installation art at the J. B. Speed Art Museum in Louisville, Kentucky. The Speed Museum commissioned two video works from Dutton: A Day in the Life of the Artist, and Water; an installed environment. Dutton’s work was featured as a one-man show in the rotunda of the US Congressional Office Building in 1985.

In 1990, Kentucky Opera premiered Dutton’s first opera, The Stone Man, at the Kentucky Center for the Arts. The Stone Man was followed by a four-part cycle of dance operas titled The Secret Commonwealth.These four operas; The Changeling and the Bear, The Road, Love and Time, and The Approach of the Mystery, were staged between 1995 and 2000. The first three operas were filmed and broadcast by Kentucky Educational Television. Staged works since that time include Ballads of the Barefoot Mind at 21C Museum, The Faun at 21C Museum & x university, and You’ll Always Come Back at Spaulding University, Louisville, KY. Dutton’s latest performance piece, Aunt Lou, will premiere at the University of Kentucky in the fall of 2015

Dutton’s visual art work is displayed in private art collections worldwide, and in the public collections of 21C Museum, Brown-Forman Corporation, Louisville, KY and the Cincinnati Art Museum in Cincinnati.

Dutton is currently artist-in-residence at Rookwood Pottery in Cincinnati.

The Dutton/Rivera Sculpture Studio is a collaboration between artists Dan Dutton and Jesse Rivera. The studio is located in rural Kentucky and produces mainly welded steel sculpture. We create sculptures that work with the unique characteristics of both inhabited and remote spaces. Many of our pieces respond to the changes in light and weather, the movements and appearance of the sun and moon, in ways that evoke histories or experiences that the collector would like to bring attention to or enhance. The spot that our sculpture is sited on becomes a destination to visit and an ongoing experience. Every site has its own special nature and what we do is designed to work with that.

Free Opening Reception to the public.
During regular park hours it will be $8 admission for adults and $3 for children 5-12 to see the exhibition.

Parking is included with admission. 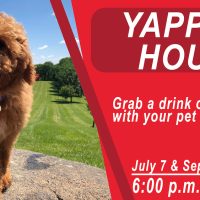 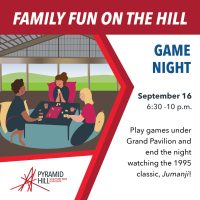 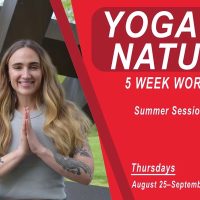