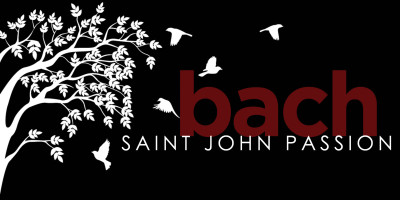 This is Bach’s St. John Passion like you’ve never heard it before!

This is Bach’s St. John Passion like you’ve never heard it before!

With just nine outstanding singers and an world-class orchestra, you’ll hear Bach’s first passion the way he intended it. The story of the trial and crucifixion of Jesus is told through the incredibly powerful music of the world’s greatest composer – J.S. Bach. Bach’s St. John Passion is exciting, frightening, and heart-wrenching. Set in the beautiful Christ Church Cathedral, this is an afternoon you won’t want to miss.

Now you can have a chance to hear it as you would have in 1721 – when Bach originally composed it. What does that mean?

First, YOU are invited to join us in singing the chorales!

That’s right! In Bach’s time, the congregation would have known many of the  tunes by heart, and would have joined in singing them, so we’re offering you the same chance! There will be a short optional rehearsal before the concert when you can brush up on your melodies. But don’t worry – you don’t have to sing if you don’t want to. Instead, come early for an organ prelude – just like one that would have been heard in Leipzig a few centuries ago.

The organ prelude will begin at 12:30 pm. There will be a reception following the concert.