Best of the Italian, French, and German Baroque 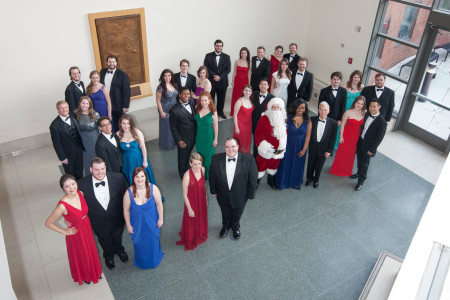 Best of the Baroque features the virtuosic Dixit Dominus composed by the young George Frederic Handel during his sojourn to Italy, Dominus Regnavit, a grand motet of the French Baroque by Jean-Joseph de Mondonville, noted violinist and Music Director of Paris¹s first public concert series, the Concert Spirituel, and Magnificat in D, composed by J.S. Bach for his first Christmas in Leipzig, Germany.

There is parking on the street, as well as across the street from the cathedral at Queen City Square Garage. Enter on Fourth Street between Sycamore and Broadway. We are handicap accessible.