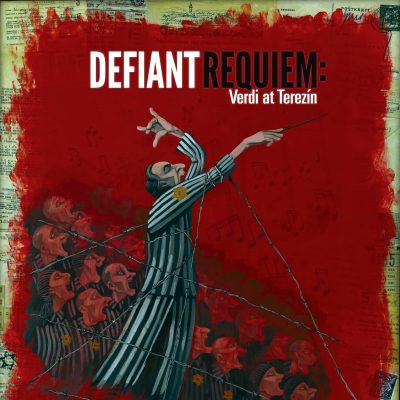 A profoundly moving multimedia concert-drama, combines the music of Verdi with video testimonials and narration, to tell the story of the Jewish prisoners in the Terezín Concentration Camp who performed music as an act of defiance against the Nazis.

Defiant Requiem: Verdi at Terezín, a profoundly moving multimedia concert-drama, combines the magnificent music of Verdi with video testimonials and narration, to tell the story of the courageous Jewish prisoners in the Theresienstadt Concentration Camp (Terezín) who performed the celebrated Verdi Requiem while experiencing the depths of human degradation. With only a smuggled score, they performed the famous oratorio sixteen times, including one performance before senior SS officials from Berlin and an International Red Cross delegation. Conductor Rafael Schächter told the choir: “We will sing to the Nazis what we cannot say to them.”

Created and written by Murry Sidlin, Defiant Requiem: Verdi at Terezín features a full performance of Giuseppe Verdi’s Requiem Mass, video testimony from survivors of the original chorus, segments of the Nazi propaganda film made at Terezín in 1944, and actors to relay the impassioned story of how and why these Jewish prisoners, who faced death every day, chose to learn and perform a Latin, Catholic mass during their darkest hours.

Vocal Direction by Kenneth Shaw, Professor of Voice at University of Cincinnati College-Conservatory of Music

This concert is approximately 115 minutes with no intermission.

Presented by arrangement with The Defiant Requiem Foundation, and in collaboration with the Nancy & David Wolf Holocaust & Humanity Center

Tickets will also be available at the door.

Tickets are available online at https://defiantrequiem.brownpapertickets.com/, and at the door while available. 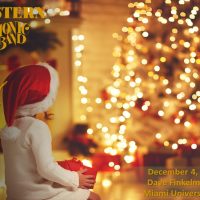 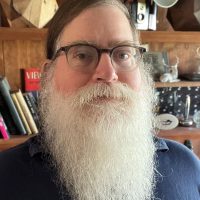 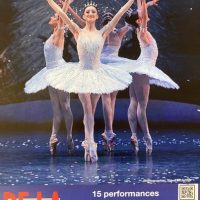