The History of Graffiti: Pt 1 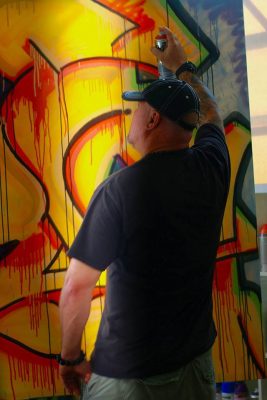 Experience Graffiti through the eyes of an early street art pioneer, David Gerena aka KAOS

Growing up in the Bronx, David Gerena spent time practicing and planning his lettering and street art murals in his sketchbook, translating those visions outdoors. He was at the heart of a movement that started with tagging walls, moved to sophisticated lettering, and transformed to elaborate compositions that exploded with color and ideas.

David has assembled an informative and visually varied show that begins with graffiti’s early days and progresses through more recent and sophisticated paintings.