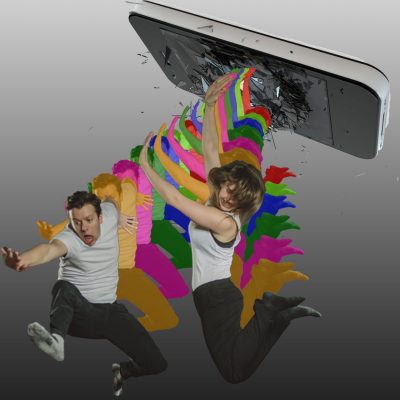 A post-apocalyptic vaudeville show about YOU

The internet dominates everything we do in our personal, professional, and even private lives. Social media has bolstered our obsession with ‘voyeurism of the mundane’. Data and information are now currency. It’s a terrifyingly amazing time to be alive! ‘Thrive IRL’ is a brand new show from comedy team Nameless Numberhead which is presented as an instructional coping mechanism for living life while co-existing with the internet. #feedthealgorithm.

Nameless Numberhead is Maari Suorsa and Henry Riggs. Their work has been featured on FunnyorDie, TedX, and most recently at SF Sketchfest.  The two have performed at various festivals, comedy theatre\’s, and colleges all over the country including: SF Sketchfest, NY Sketchfest, The iO Theatre (Chicago), The PIT (NYC), Dad\’s Garage (Atlanta), Piccolo Fringe Festival, Sacramento Comedy Festival, Dallas Comedy Festival, and more. Charm City Comedy Project called Nameless Numberhead \”one of the most compelling sketch shows we\’ve ever hosted\”.