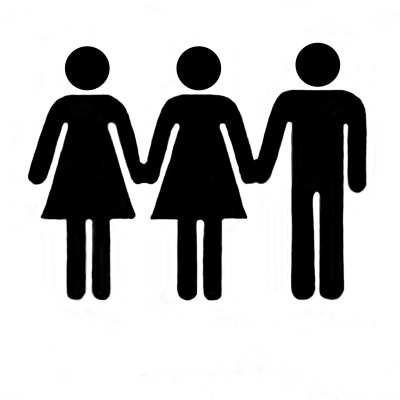 The struggles of a 3-person marriage in a collapsing nation.

A three-person relationship wouldn’t be most people’s cup of tea, but for Jess, Owen, and Ruth, it seems to work. So they decide to make it official: Ruth moves in. They figure out how to make it legal. It’s only then that the three spouses learn that marriage – especially in a scarily changing world – isn’t any easier for three than for two.

GIDEON PRODUCTIONS crafts gripping plays that explore what’s strange about being human and what’s human about being strange, using familiar genres and cultural touchstones as a springboard to something wholly unexpected. Our productions include God of Obsidian (winner of the Cincy Fringe Full Frontal Pick Award), Ligature Marks (a CityBeat Critic’s Pick), and The Honeycomb Trilogy (a 3-time New York Times Critic’s Pick).